Ironman Arizona, November 20, 2016 (When CDN Pro Lionel Sanders won and broke the Ironman Speed Record in a time of 7 hours 44 minutes and 29 seconds!) 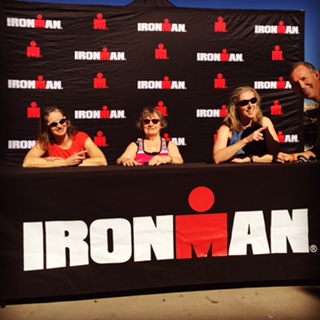 I’ve been active all my life.  As a kid my brother and I built go-karts, and used them to salvage junk lumber to build our next tree house.  Those were my earliest memories of ‘sufferfests’ pulling loads of lumber through the neighbourhood to build the ‘best tree house’. Then there was our interval sessions … tobogganing up and down the neighbourhood hills in the freezing cold in Wabush, Labrador and later Charlottetown, PEI.  In grade 10, at Charlottetown Rural High School Rugby practice, I beat the entire team by doing 266 “Down-Ups”. Forrest K was 2nd with about 255 … and my brother Tommy was 3rd with about 220.  A significant increase over the previous record of 60 or 70 ‘Down-Ups’!

My goal was to Podium at Ironman Arizona on 10-12 hours of training per week.

Why did I think I could?

What Happened at Ironman Arizona on Sunday?

Why didn’t I Podium?

To begin with, it does not matter that I did not podium. Nobody cares – except me. A podium finish does nothing for me … other than make my ego bigger (which is hardly a necessity).

Since my last race at Canadian National Long Course Championships in Penticton, I’ve been pretty run down and frequently sick. While I was wondering why … the endurance coaches in my life said it was classic over training.

I finally had my blood tested in late September, and my hemoglobin was low. Again, the endurance coaches in my world, advised this is common for endurance athletes … and to rest for two weeks … listen to your body.

While I do not feel I was over trained, as I only train 10-12 hours per week, all the other stressors of life have an impact as well … as well as ‘too much racing’.  As a Realtor in this Calgary market, this past year I have put in record hours, for much less production than previous years. We are amid a tough market. Unbeknownst to me, my body knows this – and as explained to me by Natural Path Jason Ahlan and Endurance for Life Coach Mike Pascoe, it’s your body saying … enough already!   Your body is sending you a message – “Stop it”.

So, I would ‘mostly’ rest two weeks … begin to feel good … do a hard interval session … then get sick again. I had 3 or 4 cycles of this since the end of August.

I turned 50 today, 2 days after IM Arizona and I  feel very grateful to have completed the race in beautiful Arizona and to have done reasonably well.

A big thanks to Mike Pascoe

About a month prior to race day, as I was considering not going to Arizona & while making real estate calls, I happened to call Mike Pascoe, a Chinese Medicine practitioner and triathlon coach – Endurance For Life.   We spoke almost daily leading upto race day. We had fun discussions – me often sharing pictures of my tongue.  His analysis would dictate how I would proceed in my training ; push it, rest or fix!  (Based on my tongue … and a few other metrics!) I found this to be entertaining, interesting, kind, supportive and fun.

I look forward to trying to podium again in 2021. I’m not even a tiny bit interested in doing another Ironman prior to then!

It’s interesting … I prefer the swim the most. I love the open water … the start in the morning twilight. However, comparatively to the Bike and Run – this is my worst discipline.

I should love the bike…’butt’ I was in discomfort! This was a classic sign that I did not have enough time  in the saddle! .  There was a strong headwind  and I spent a good amount of the day ‘sitting up’ on the bike, instead of being in race aero position.

My goal was to run 5min per km to give me a 3:30 Marathon. Based on my run performance this past year … or two years … and especially the past 2 months – this was ambitious. I needed to ‘get some magic’.  I did the first 4 km on pace … then began slowing dramatically.  My goal soon became – “don’t stop … just keep on moving”. At kilometer 26 I was passed by an energetic beautiful 30ish gal … who suddenly gave me some mojo.   I picked up my pace and began to enjoy the run … until she dropped me 3 km from the finish line. 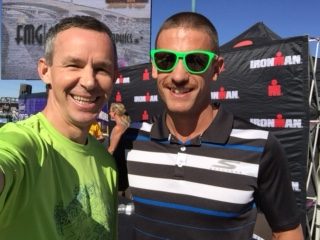 I was thrilled to have my picture with Canadian Professional Lionel Sanders two days prior to him winning Ironman Arizona and breaking the Speed Record for an IRONMAN.

Ironman Arizona was very fun for a few reasons.  It was truly special to have my 80-year-old Mom travel from PEI to Calgary then onto Arizona for the big event .  I had the undivided attention of my wife as our older children are away in university!  Moreover, a family friend joined us and entertained us with endless triathlon ‘speak’!  We all got an education about our  Canadian Pro Triathletes, it was seriously so much fun to do nothing but talk about triathlon for 5 straight days!  Above all, I love being healthy and injury free. Health is a gift to be cherished!

Bryon Howard is a RE/MAX Realtor in Calgary, dad, husband & lover of self propelled sport. He and his team of Calgary real estate professionals sell an average of two homes a week. He is a member of the MLS Million Point Club, which ranks him roughly in the top 1% of productive realtors in Calgary. He is a member of the RE/MAX House of Real Estate that leads in the Canadian market. Learn more about Bryon at TheHowardTeam.net. 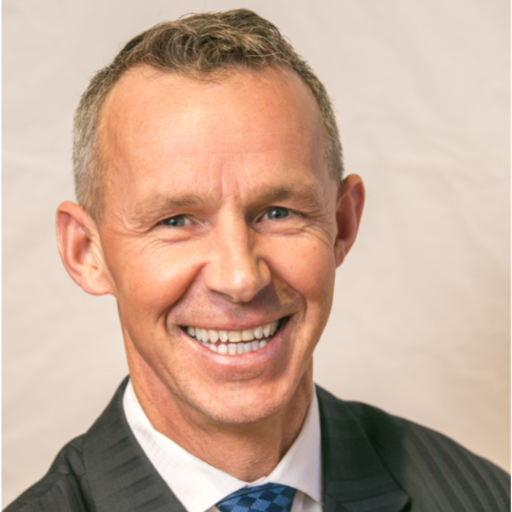 From a very young age, I had determined that I wanted to be in the eco-tourism / adventure business. I would take small groups of people into communities in interesting parts of the world. I would ass....

I look forward to the Wednesday Night Jam, a ‘unofficial bicycle’ race – which consists of many guys in Cat 1/2, and lots of guys with good fitness from Cat 3 to 5. I begin

The Upside of Downsizing (For Young Families Too!)

The decision to downsize to a new living arrangement may be one of the best decisions you ever make. The advantages are numerous and you do not have to wait for years to reap the benefits. As a

Buying the Home You Want

The home buying process can be very exciting…choosing the neighbourhood you want to live in, scouring through listings and checking out weekend open houses to find the home of your dreams. I

The Anatomy of an Agreement to Buy or Sell

When buying or selling a home, one of the most important documents you will have is the Agreement of Purchase and Sale, also commonly referred to as the “Offer”. This legally binding

By setting up an account you agree to receive updates on listings by these means. *

I would also like to receive email newsletters and periodic updates about real estate in my area and other related communications from Bryon Howard. I understand I can withdraw my consent at any time by clicking the unsubscribe link contained in the email. In addition, you also agree to our Privacy Policy and Terms & Conditions.
eXp Realty - Calgary 280 - 23 Sunpark SE, Calgary, AB T2X 3V1